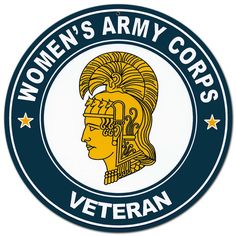 Born March 21, 1919, Fran was the daughter of the late Frances Greenawalt Wolf and Charles Beck Wolf of Mt. Wolf. She graduated from William Penn Senior High School in 1936, and the College of William and Mary in 1940. Never one to stay behind, in 1943 Fran enlisted in the newly established Women's Army Auxiliary Corps and was sent to officers training school and graduated as a 2nd lieutenant. But WAAC's were not part of the regular army and everyone had to take the exams again becoming part of the newly formed Women's Army Corp. In 1944, she was transferred to Camp Davis, NC where she met her future husband, 2nd lieutenant Vincent Paul McCabe, of New York. After a 6-week courtship, knowing Vin was being deployed to Germany they were married - in uniform - at Fort Davis, NC, after which she was promoted to 1st lieutenant.

She was recently recognized as a pioneer in the Women's Army Auxiliary Corps (WAAC) and the Women's Army Corps (WAC) during World War II. She was designated a "Living Legend" by the Arlington based Women in Military Service for America Memorial for her "trailblazing service during WWII which helped pave the way for thousands of women to follow in her footsteps and to serve the nation in uniform in peace and war".

With her husband in Germany, Fran moved back to York to have their first child, Frances Kathryn McCabe Polk. Ever an activist, Fran became involved in the community. She was part of the ABC Study which developed an overall Community plan. She was on the Board of the York County Council of Community Affairs which is now the United Way, and in 1954 began a lifelong commitment to the YWCA of York where her love for the outdoors was realized as she oversaw the expansion plan for Camp Cann-Edi-On. In 1988, the YWCA honored her as "A Woman Who Made a Difference", and recognized her as a woman of: wisdom, knowledge, curiosity, and someone willing to take risks and mentor others. Fran also served for 10 years on the Board of the York Hospital, and was one of the few women named an honorary director.

She was a lifelong member of the Country Club of York, the Women's Club and Matinee Music Club

Fondly called Commander by members of her family and close friends, Fran was an organizer of journeys, events, and activities for both herself and her family. Whether an archaeological dig in England, travelling in China or Europe, canoeing on the Conewago Creek, or walking in her beloved woods, Fran's sense of adventure, curiosity and intellect encouraged her children and grand children to be aware of other people's lives and a larger world.

A private service will be held at the convenience of the family. Kuhner Associates Funeral Directors, Inc., 863 South George Street, York, is in charge of arrangements.

In lieu of flowers, the family suggests you consider a donation to the York YWCA Camp Cann-EDI-On, 320 East Market Street, York, PA 17403.

To send flowers to the family or plant a tree in memory of Frances Jane Wolf McCabe, please visit our floral store.

You can still show your support by sending flowers directly to the family, or by planting a memorial tree in the memory of Frances Jane Wolf McCabe
Share a memory
© 2020 Kuhner Associates Funeral Directors, Inc.. All Rights Reserved. Funeral Home website by CFS & TA | Terms of Use | Privacy Policy